THE ANUNNAKI: A GENERAL INTRODUCTION

I am often asked, who were the Anunnaki? In this post, I offer a little basic introduction for the newer seekers.

I am often asked, who were the Anunnaki? When I started teaching undergraduate Humanities courses, I just assumed (wrongly) that young people had a general idea about the Sumerians. I at least thought they had heard the term "Sumerian" before. I was suffering from what is commonly referred to as, "The Curse of Knowledge."

The Curse of Knowledge is a cognitive bias that occurs when someone with a lot of knowledge or experience in a certain subject finds it difficult to understand or explain the subject to someone who has less knowledge or experience. It happens because the person with more knowledge assumes that the other person knows what they know and therefore cannot understand why they are struggling to understand. This can make it difficult for the person with more knowledge to effectively communicate or teach the subject to others. In short, the curse of knowledge is when someone has knowledge but they are not able to explain it to others because they have forgotten how they learned it. In taking that acquired knowledge for granted, it is easy to forget that as an educator, your role is to go back to that initial place of curiosity, and guide the new seeker down the path of inquiry.

Over time, I have come to better appreciate the needs of those curious minds who have not yet become familiar with all of the aspects of topics I have spent decades studying. That is why in addition to my general topics, I will be posting more introductory content, like this post where I will attempt to explain foundational concepts without added hypotheses, speculation, or theory; foundational concepts like:

Who are the Anunnaki?

The Anunnaki also had a complex relationship with other gods and goddesses in Sumerian mythology. For example, Enki and Enlil were often portrayed as rivals, with Enki being the more benevolent and compassionate of the two.

Despite their status as powerful deities, the Anunnaki were also believed to be subject to the same flaws and limitations as humans. They were often depicted as engaging in conflicts and struggles for power, and were said to be capable of both good and evil actions.

Overall, the Anunnaki played a significant role in ancient Sumerian religion and mythology, serving as the creators and rulers of the world and the gods who interacted with humanity. Their complex relationships and actions in myths also reflect the human experience and emotions.

There is so much more to know about the Anunnaki. A great place to start is Myths from Mesopotamia: Creation, the Flood, Gilgamesh, and Others (Oxford World's Classics) Revised Edition by Stephanie Dalley. 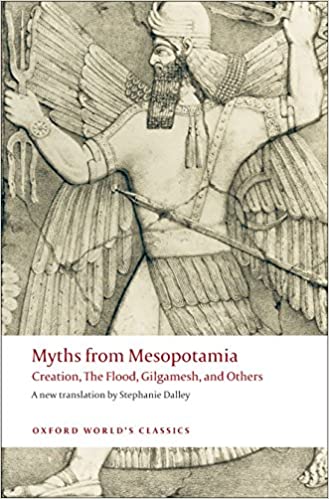